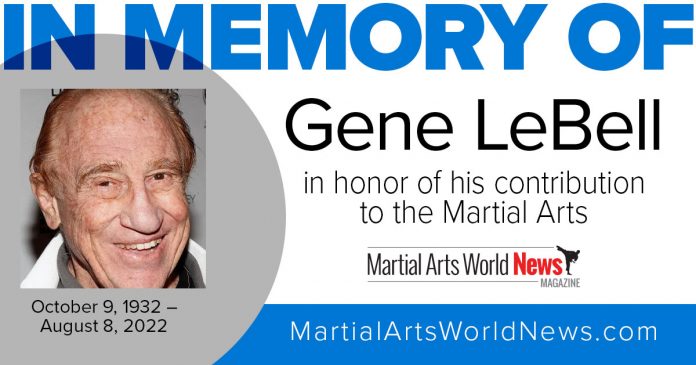 Judo Gene LeBell had a tremendous influence on both professional wrestling and combat sports. He is known for bringing catch wrestling and grappling tactics to both pro wrestling and mixed martial arts. He was famous for his rear naked choke hold and was considered one the of the toughest martial artists during his prime.

The list of people whom he worked with is an A List of greats in both wrestling and martial arts, such as: Rhonda Rousey, Chuck Norris, Bruce Lee, Muhammad Ali, Roddy Piper, and Daniel Bryan, to name a few. He also appeared in a number of Elvis Pressley movies and the Green Hornet television show with Bruce Lee.

He was a competitor, trainer, performer, and actor and fought in the precursor to MMA. In that bout he defeated boxer Milo Savage who had claimed that no martial artist could beat a boxer, but LeBell won with his rear naked choke.

The martial arts industry has truly lost a pioneer and legend with the passing of Gene LeBell. Martial Arts World Magazine would like to express its condolences to the LeBell family.

In Memory of Inwan Kim